Currently they are only mentioned in Iron Harvest, their current state is therefore ambiguous.

The Frankish exists as an independent nation in Western Europe. Though not outright stated, the Frankish are heavily implied to be an absolute monarchy with very limited democratic rights for the people. With that said the Frankish people are depicted in-game as not only supporting the monarchy but show outright suspicion and doubt towards pro-democracy unionists and progressive engineers like Nikola Tesla alike.

When the Great War began in 1915, the Frankish declared war on the Empire of Saxony; engaging in The Battle of Verdun and later The Somme Offensives, where they suffered immense casualties and came out of the war with mixed attitudes, leaving some of the aristocratic class feeling that their nation's sacrifice was a waste.

After the war Tesla would send a letter to the King of the Frankish, warning him that an organization called Fenris was bent on starting a new conflict across all of Europa. 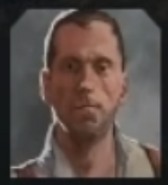