Almost nothing is known about Italy in the 1920+ Universe.

Italian Guests can be seen in the Rusviet Campaign in Iron Harvest. 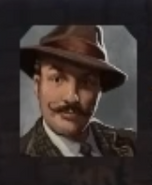 Add a photo to this gallery

Retrieved from "https://iron-harvest.fandom.com/wiki/Italy?oldid=5653"
Community content is available under CC-BY-SA unless otherwise noted.