A mobile bunker cable to carry infantry into battle while harassing adversaries with its mortar launcher.

The PZM-16 "Zółw" (Turtle) is a heavy transport mech produced by the Polania Republic. Quite literally a walking bunker, it can transport an infantry squad, who can fire from within the protection of its heavy armor.

In a war where human troops have never before been so vulnerable thanks to the terrors of enemy mechanized armor, the Zółw is a sight for sore eyes. It is a low-built, quadrupedal mech with thick armor, even on the fronts of its legs. Designed like a bunker, its hull is symmetrical on all fronts, presenting no real chink in the armor. The chassis has a door on either side with firing slits all around. It even has handrails atop the chassis for infantry who need a lift to the front, although they would have to share space with a 360-degree mortar turret.

The humble appearance of this armored personnel carrier belies a number of special features. Despite being a heavy-type mech, the Zółw is actually one of the fastest units, rivaled only by infantry units and the PZM-7 "Smialy." It also does not have a weak spot, meaning attacks from any direction will not cause extra damage. Its mortar is equally effective against most unit types, does not have a minimum range (as the infantry inside are protected at close range unlike with a field mortar) and the mech's firepower is augmented by the infantry inside. On top of it all, it can lock into position and greatly decrease any damage taken. All this makes the Zółw very versatile at defense, fire support, and unit transport.

However, it is far from invincible. Its armor, while strong, is not strictly the strongest, and its weapon has a slow rate of fire with projectiles that take a second to land. Thus, in a head-on fight it is vulnerable to other heavy units as even with gunners it cannot defeat heavy armor that well. Field guns also deal with it fairly well and it is fairly costly. While in deployed mode, it is vulnerable to artillery as well. They are best used to support the front lines: pair them up with anti-armor capability, give it proper support, and a few loaded Zółws can be a truly strong force.

The PZM-16 "Zółw" has a roof-mounted mortar, able to rotate and fire in every direction. This weapon is equally effective against most units and has a long range. If an infantry squad is garrisoned inside, they can fire outwards. 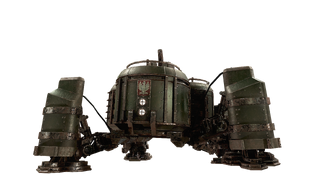 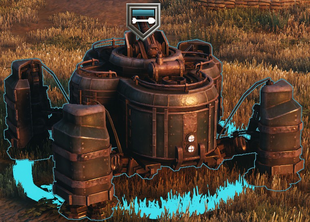 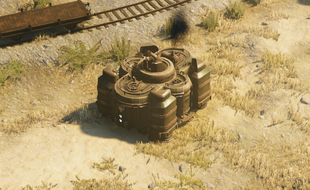 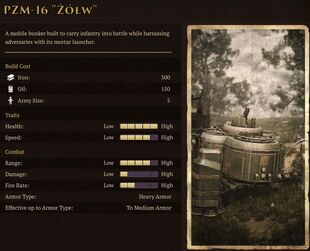