The PZM-24 "Tur" (Auroch) is a massive, bipedal mechanical war machine built by the Polania Republic. Polania's superheavy mech, it is the pride of the Republic and a symbol of the country's fighting strength.

Designed as much for its potency in wartime as for its formidable presence in peacetime, the PZM-24 is believed to be the largest mech in regular service across the whole of Europa. Such behemoths have put a considerable strain on Polanian industry however, and have been deployed only in very limited numbers.

There are few more awe-inspiring sights than a column of these walking battleships trudging across the landscape, dominating the European skyline. Truly titans in their own right, the Tur walks on two very sturdy legs which hoist its chassis high above the battlefield. The crew compartment is situated behind a large glass viewport dome, right between two colossal cannons mounted to either side. As with most mech units, the engine and its smokestacks are mounted to the rear. Atop the mech’s body, there is even a wood-paneled viewing deck with handrails and stairs leading to the hatch.

Few units equal the Tur in terms of supreme armor and firepower, making it an ideal line-breaker unit. It is one of the most durable units in the game in terms of raw hit points, losing to the SHM-70 "Gulyay-Gorod" by a mere 50, the ZR-25 "Samson" by 100 (notably, the Tur has heavy armor instead of medium), and the SKS-300 "Kaiser" by 300. This comes with some of the highest damage per shot and great area of effect, especially with its mortars ability. Artillery and anti-mech units will need some time and concentrated fire to take it down, so leading an attack formation with a Tur or two will devastate even powerful defenses. Its cannons do heavy damage to mechs and structures, and they send infantry flying; as such Turs can go toe-to-toe with just about anything in a head-on fight.

Turs do come at a very heavy price for construction (likely due to their suboptimal nature of construction and Polania's underdeveloped industry). As a result, the Tur is the most expensive unit in the game and are as heavy as their cost would imply. They move and react very slowly, making them fairly easy for artillery and field cannons to hit, and only have a limited forward firing arc, making attacks from behind or to the flanks hard to respond to. Its weapons also fire very slowly, and, in terms of cost-efficiency, they actually are not ideal against other heavy mechs, as their cannons are best off dealing splash damage. For taking down heavy mechs expediently, the PZM-11 "Lowca" is a better choice, even if the Tur can survive for much longer than the Lowca. Overall, the Tur works best with a formation to support it, soaking up enemy fire and devastating groups of enemies while its comrades guard the flanks, rear, and mop up any enemy forces still left standing but shaken in its passing. However, in the battles of smaller armies, the horrifying firepower of the Tur is something to be feared and respected, its dominance only able to be challenged by legendary mechs, dedicated cannon, or its equals. It should be noted though, that in spite of its fearsome look and legendary abilities, it is still advised to apply the Tur as a strategic force multiplier in an engagement involving more traditional tactics of speed and flanking, as if used like a mere battering ram, like all Polanian forces, it will fall, and fast.

The Tur's primary armament consists of two massive cannons normally only mounted on armored trains or battleships, firing immense shells that impact with crushing force on all units. It can also be mounted with a set of light mortars to help protect against units getting too close. 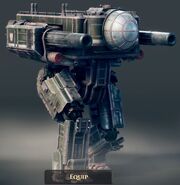 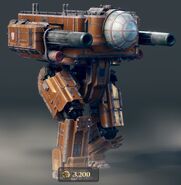 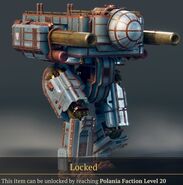 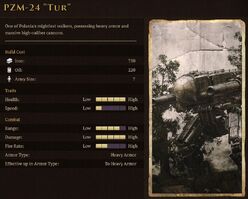 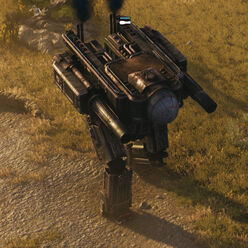 "In the Middle of a Storm" by Jakub Rozalski

"Before the Storm" by Jakub Rozalski

"Back Home" by Jakub Rozalski 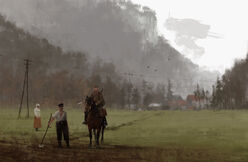 "Call of Duty" by Jakub Rozalski 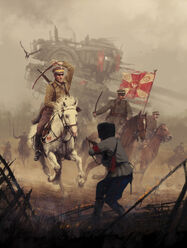 "No Worries, I Got This" by Jakub Rozalski 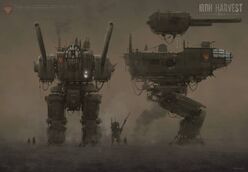 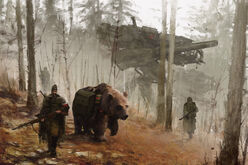 "Into the Wild" by Jakub Rozalski