The PZM-9 "Strażnik" (Sentinel) is a light mech produced by the Polania Republic. A swift and agile infantry hunter, it is armed with machine guns and can fire while in motion.

The Strażnik represents another uniquely Polanian innovation, a fast walker with advanced stabilization technologies that allow it to fire on the move. Such advancements have come at the cost of firepower however, with the PZM equipped only with lighter machine guns.

Mechs have been a menace to infantry since they entered the theater of war, and one that can appear suddenly and hose down a squad with lead with little warning is no less a terror. The Strażnik is a light and mobile anti-infantry mech that excels in rapidly taking down soldiers. It has a tall, can-shaped body atop four mechanical, spindly, spider-like legs which allow it to easily scuttle forwards, sideways, or backwards with no loss in speed and surprising stability. The head can rotate independent of the lower torso, and mounts a pair of twin-linked machine guns.

Its head being able to rotate the guns' firing arcs independently of its legs means the mech is able to shoot and walk simultaneously in any direction, making it great at ambushing isolated squads. It can fire as it flees, making pursuits by infantry costly, or kite enemies with drive-by attacks. It is one of the faster units in the game after the PZM-16 "Zółw," infantry units, hero units, and the PZM-7 "Smialy."

The mobility of this unit, however, comes with the disadvantage of light armor. This coupled with its relatively short range and inability to combat armor leaves it vulnerable to anti-mech units like field guns and medium-armored mechs, while groups of gunner infantry can bring it down with concentrated fire particularly from behind. Strażniks operate best in small packs working together with bigger and stronger units, rapidly responding to infantry threats coming from the flanks and softening up entrenched squads with withering machine gun fire. It is also good for raiding and harassing the enemy with its mobility. If attacked by these units, gunners and field guns will make short work of it before it can get away.

The Strażnik is equipped with two sets of twin-linked machine guns, one set on each side of its cylindrical body. These are strong against infantry with a very high rate of fire, but largely ineffective against anything with better than light armor. The combat stats of these guns is very similar to the Saxony Stormtrooper, suggesting they are in fact submachineguns not unlike the Villar-Perosa. 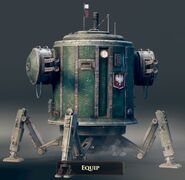 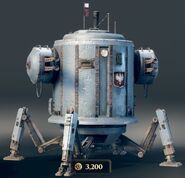 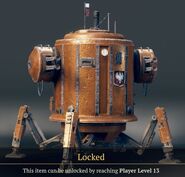 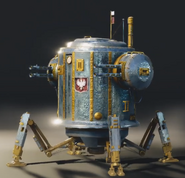 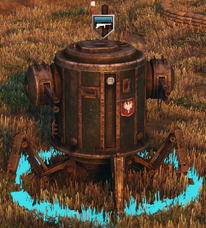 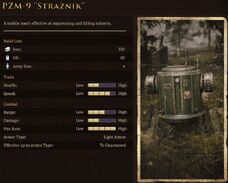 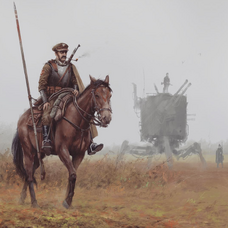 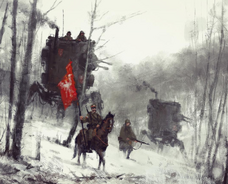 "Battle Before the Battle" by Jakub Rozalski

"Better Watch Out, He Really Likes Mushrooms" by Jakub Rozalski

"Breakfast is Coming" by Jakub Rozalski

"Don't Play with the Strangers" by Jakub Rozalski

"First Harvest After the War" by Jakub Rozalski 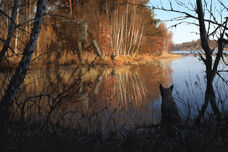 "On the Shore" by Jakub Rozalski

"Price of Glory" by Jakub Rozalski

"Soup is Waiting" by Jakub Rozalski "The End of the Known World" by Jakub Rozalski

"Invaders from Afar" by Jakub Rozalski