The Polania Republic (pl. Republika Polanii) is a nation and faction in the 1920+ universe.

A large agricultural country with a long history. It is trying to maintain its status and territory, struggling with its aggressive neighbors: The Saxony Empire to the west and the Rusviet Tsardom to the east.

Polania initiated a program to modernize its army while a large part of the country is still occupied by Rusviet forces. Polania is most likely a constitutional or parliamentary republic. The capital of Polania is Warsaw.

Their military doctrine tends to revolve around mobility and hit-and-run attacks, hitting their enemy where they are weakest and having good reconnaissance while building up their heavy armor for a final push. Ever on the move, they make the most of whatever is available at hand. Their mech units are designed largely with left-over farming and industrial equipment, while their buildings are constructed of wood and canvas.

In Iron Harvest, the symbol of the Polanian Republic is a white eagle with a red background and golden highlights. In Scythe however, It is a red bear against a white Background. The Polanian infantry wear blue clothes and the color scheme of the mechs are woodland green with dark red. 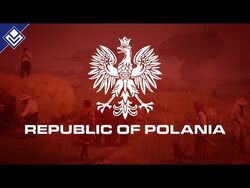 Meander: Pick two options per Encounter card instead of one. 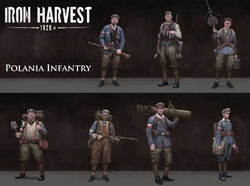 Neither mech nor infantry, but something in between. Each faction's Exos are unique and can be quite effective on the battlefield.

Polanian mechs are often faster and more agile than the other faction's mechs, but have less armor in exchange. Therefore it is necessary for them to perform hit-and-run-attacks against stronger, but less mobile targets. Their designs seem to be inspired by industrial equipment like heavy boilers and cranes, likely built using scavenged/repurposed parts. They are named after personal qualities like "bold" or"strong." Polania has the following mechs: 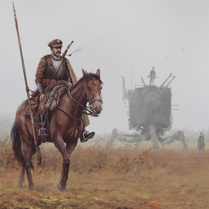 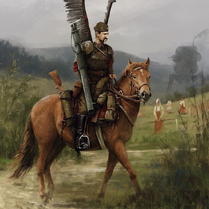 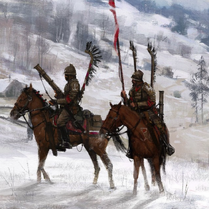 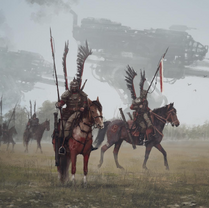 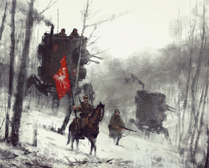 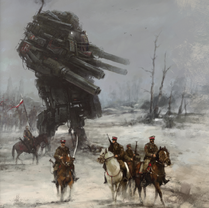 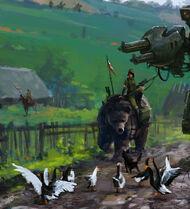 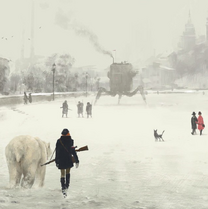 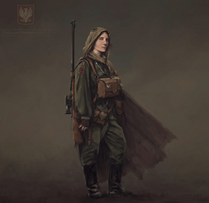