Polanian Engineers are basic infantry units trained by the Polania Republic. In addition to being able to construct buildings, fortifications, and mines, they can also repair damaged mechs.

War involves just as much construction as it involves destruction, and there is always a shortage of good engineers. These men are skilled workers up to any task their country calls for. They wear the same uniform as Riflemen but with the addition of a beige vest and a heavy backpack full of tools and equipment as well as a satchel and shovel.

Ordered to Pick Up Anti-Mech Guns: 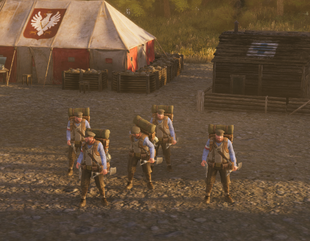 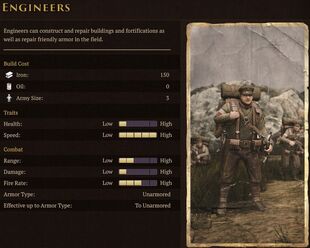