Resources are needed to construct bases and mechs. There are two collectable resources (iron and oil) and a resource (population) which sets a limits to the amount of units a player is able to have at the same time.

The resources iron and oil can be obtained by:

The population resource sets a limit to the amount of units a player can control at the same time. It can be increased by building or upgrading the barracks- or workshop-buildings. 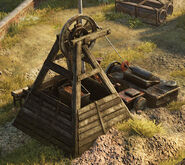 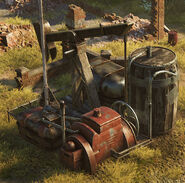