An imposing walker fitted with two immense blades made for cutting through the thickest armor.

The SHM-69 "Serp" (ШM-69 Cерп, Sickle) is a colossal heavy mech unit produced by Rusviet. This heavily armored mech specializes in melee and infantry suppression, although it will generally crush anything it can get its blades into.

It is the SHM-69 "Serp" that most accurately reflects the blunt, Rusviet approach design style, equipped with two immense blades capable of slicing rival mechs into ribbons. The sight of these machines has caused concern over a new European arms race, but it may already be too late.

Taller than most buildings, the Serp is an unconventional but nonetheless terrifying force on the battlefield. Bipedal, it is supported by two relatively small legs with a massive, heavily armored torso. It has two massive arms bearing large scythe-like blades almost as long as the mech itself is tall. Like other Rusviet heavy units, it bears resemblance to the stern of a ship, but with something of a "head" in the form of an armored cockpit.

The Serp can handle almost any unit so long as it can get within melee range. Its relatively low durability still allows it to take a few hits without being slowed down, and once it gets close enough it deals very heavy damage to all types of armor while making short work of infantry. It also happens to be the third fastest of all current heavy mech units, including its fellow Rusviet heavy mech the SHM-70 "Gulyay-Gorod". All this lends the role of a line-breaker unit pretty well to the Serp so long as it's well supported, heading an attack formation to hack and slash through defenses.

However, its still low speed compared to most units and very short range make it fairly easy to kite or bring down with concentrated artillery, especially field cannons. It has the third-lowest HP of all heavy mech units as well; it has a respectable 400 HP over the SKS 156 "Wotan," and 150 HP over Lev Aleksey Zubov but it will generally lose a fight to any other heavy mechs like the PZM-24 "Tur" and the SKS-300 "Kaiser." Properly supported, however, the Serp makes a powerful tip of the spear, crushing all of its foes for the good of Rusviet.

The Serp's primary weapons are two sickle-like blades that hit with incredible force. It also mounts a light machine gun turret in the middle of its chest that can fire as it moves, but only in a forward 120-degree arc.

Rallying Call: The Serp smashes its blades together, producing a disorienting noise that forcibly suppresses all nearby enemy infantry. Also rallies all nearby Rusviet infantry, boosting them with health regeneration and removing any suppression debuffs. 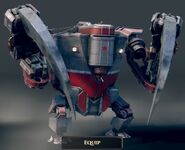 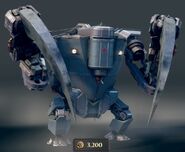 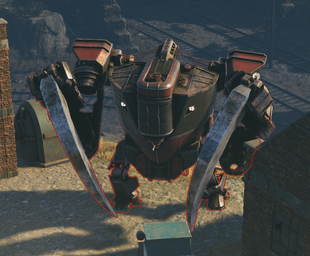 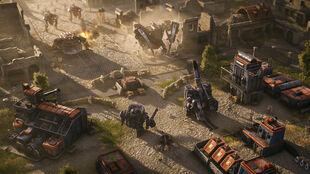 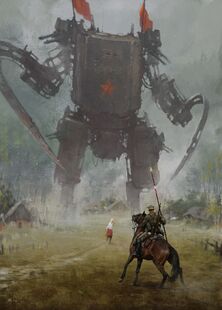 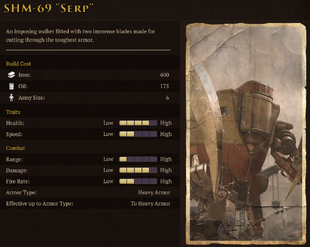