Engineers can construct and repair buildings and fortifications as well as repair friendly armor in the field.

Saxonian Engineers are basic infantry units trained by the Saxony Empire. In addition to being able to construct buildings, fortifications, and mines, they can also repair damaged mechs.

War involves just as much construction as it involves destruction, and there is always a shortage of good engineers. These men are skilled workers up to any task their country calls for. They wear the same uniform as Stormtroopers but with the addition of a full leather vest instead of a cuirass, goggles, and a heavy backpack full of tools, equipment, and a spool of wire as well as a shovel. 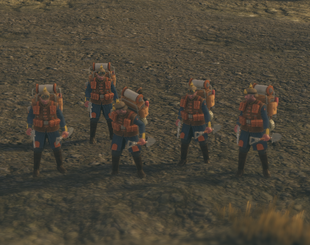 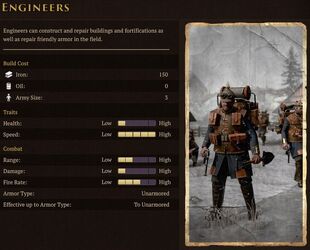