The Skybike is one of the new air units available after Operation Eagle and can be be produced by each faction. It is a small flyer built for air superiority. It is effective against other airships. The Skybike has a light machine gun on the front of the aircraft and there is a control that goes to the pilot. It is supported by two rotating blades, much like a helicopter and a mini blimp style balloon. With the amount of weight that is put on top of it the Skybike makes it extremely unstable and can only support one person. The person on top of the Skybike is detailed according to the faction that produced it.

With its light armor and low health it is easy to be taken down by anti-air fire if it is idle. It is good at taking out infantry though. Doing little to no damage to medium-heavy armored mechs it is better as an infantry support vehicle. It can also be an escort for the Gunship for drawing fire. If playing multiplayer the Skybike is a cheap and early game unit that can grant the player early air superiority. It is very fast so it can avoid mortars and various artillery units. Overall it is a great addition to you early game army. 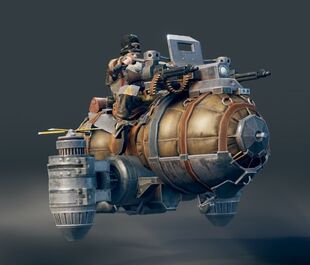 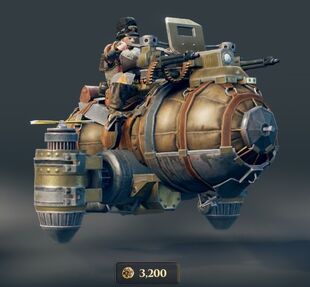 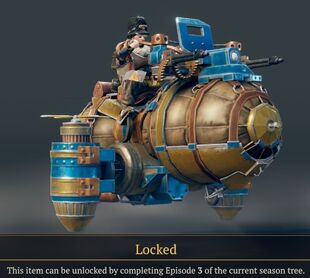 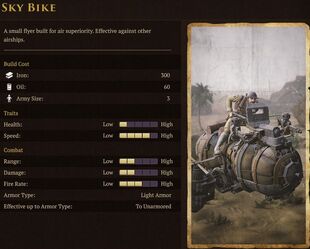