Vesna Tesla a hero and faction in the 1920+ universe. The daughter of Nikola Tesla, she is in charge of her own faction, wielding some of her father's most advanced technology including her companion robot fox Voltan.

Vesna, in many ways, closely resembles her father: tall and thin, with dark hair parted in the middle, with the righthand part displaying a particular cowlick. She often wears a brown jacket trimmed in teal, fitted pants, and knee-high leather boots. In colder conditions she wears a trench coat designed similarly to her jacket along with a teal scarf to keep her face warm. For defense she carries two advanced pistols, either firing tesla arcs or possibly miniaturized coil guns similar to those used by TF-233 "šetačs". Her faction's symbol is a teal fox's head.

Her companion, Voltan, is a small robotic fox resembling its living counterpart but with glowing neon blue eyes and silvery metallic plating. It is of incredibly advanced design, seemingly fully automated.

Her mechs, called Storm Catchers, resemble tea pots on legs with a fixed light gun in place of a spout. They walk on four spider-like legs similar to the PZM-9 "Straznik" but are possibly also automated or remote-controlled with a large radio antenna mounted behind their "head."

These two abilities can be changed out.

Born to Nikola Tesla and an unknown woman at an unknown date, Vesna seems to have grown up close to her father and as a result developed an affinity for advanced inventions and technology similar to Tesla, likely inheriting his intellect. When the Great War broke out, she along with Nikola saw the sheer carnage some of his technology had wrought on the Europan landscape and its population. The devastation and immense military and civilian casualties distressed Tesla so severely that supposedly went mad. He ordered his famous Factory shut down, sealed, and disappeared from the public eye along with Vesna.

Then, one day, unknown mercenaries breached the inner holds of the Factory and captured Tesla and Vesna, forcing him to work on advanced and deadly machines for them. Vesna, now a grown woman, managed to get out a call for help to all the nations of Europa to rescue them. When Vesna's new allies arrived and rescued her, Nikola had been taken elsewhere by the mercenaries who worked for Fenris: an underground seditionist cabal.

By capturing Fenris agents and extracting information from them, she determined that they and Tesla were holed up in the Factory, guarded by Fenris' new and fearsome "Annihilator" mech. Although this mech was defeated, Nikola was still hidden away, and Fenris had only gained power elsewhere as well as more Annihilators. Their leader, Grigori Rasputin himself, then revealed the faction's true agenda: dominion over Europa. Having already infiltrated major factions and with Tesla forced to develop technology, they now had the means to seize it for themselves.

Redoubling her efforts along with her allies, Vesna eventually rescued Tesla from Fenris, dealing a major blow to the shadowy organization.

In 1925, having at some point gained interest in the Tunguska Event, Vesna took her own expedition in search of the Rusviet scientist in charge of investigating the impact site who had long since disappeared. She picked up a trail leading north, and began to hear rumors of "the black stone"; likely a piece of the comet. Her expedition followed it as far as an Inuit village where, unlike the previous villages, the locals proved hostile and acted strangely. 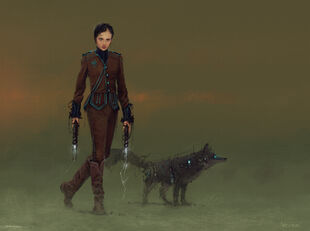 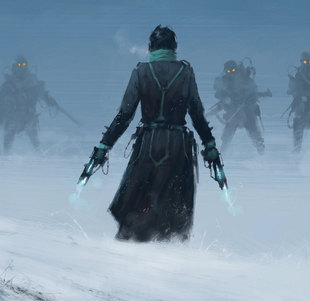 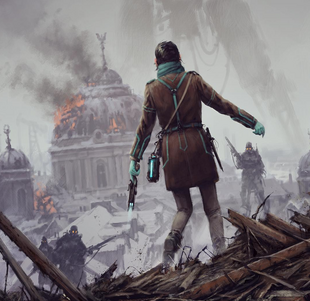 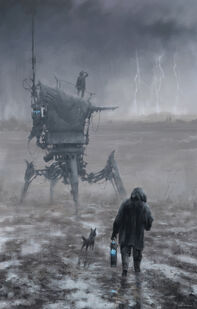 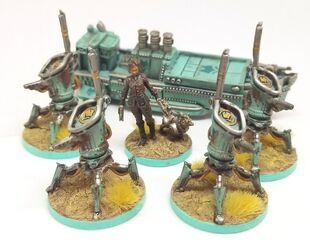